The film opens up with 5 Days after Civil War ends, or suppose to have. Something goes down and the blame is put on Ben’s (Cage) father or grandfather. So we assume our places whereby to free the father, they have to find the book and to find that we have to get the clues. Ben has to “Kidnap the President of the United States(Greenwood)”. I found this sequel much better ACTION, however, the title of the sequel could be revisited as in the first one, they had a set goal of looking for a map, they found it, then the clues. Whereas this one they were looking for a Book of Secrets, BUT the clues were ELSEWHERE, meaning where was the need for the book? Music was wonderful a pleasure to listen to in the background. The President of the United States gives the crew a Presidential Pardon for Ben’s grandfather . They were “accredited for this discovery”.

One word, Historical education. Outstanding on that part. A bit too long for a movie. But overall excellent. Great quotes as follows: “You don’t need anyone crazy, you’re one short step of crazy, what you get”, my Riley(Bartha) replies with “obsessed” and Ben(Cage) replies with “PASSIONATE”

Riley replies with “That’s where we lost FBI”, when Abigail(Kruger) thinks that Ben and Riley are looking at a “Treasure map”

When Ben says “It’s invisible” to convince Abigail that the map is real, my baby Riley says That’s where we lost Department of Homeland Security”

The film entails Ben(Cage) along with Riley(Bartha)  and Abigail who is looking for a Treasure which has been revealed that the treasure found by finding The Declaration of Independence. Initially Ben’s Father was leading the search.  Ian(Bean) is trying to steal it. It contains a map, an invisible map which leads to a treasure hunt so to speak. So they break into the Museum to steal the Declaration of Independence. In the meantime with no help with the FBI, Ben, Riley and Abigail, get caught in the lurch with Ian and his gang. However Ben turns FBI to his side, so when Ian they are caught breaking into a place, the FBI  intercepts and arrests them.

Benjamin Franklin according to film invented the Day Light Savings. Also it indicated the end of World War 2. Something like that.

Not sure what I had expected. The trailer was very intriguing and convincing. Plot very confusing. Everytime the girl touches a pin, she is in a new world. It is then found that she was part of a recruit group. 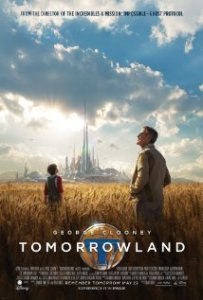 Jeff Bridges who played Master Gregory had a very poor voice. I couldn’t understand a word of him. Tom(Barnes) very cute and fabulous actor. Julienne I suspect an Oscar on her way or at the very least a nomination. Wow. The plot was not too bad to understand, so I was ok in that department. That said thou, needs a bit more easier script, but at the very least the voice was most annoying, I kept repeating to my friend about Master Gregory’s Voice yedeeyada etc., etc., The plot being as follows. Tom is with his family on a farm, in the olden days. Master is search for a Apprentice. He comes across Tom. He hires him to kill off Mother Malkin(Moore). Great action no doubt.

Very confusing film. Even to this day as I write this review, and several attempts of watching this film, I still find the plot confusing. Although action, not bad, plot still a mystery. So not the best.

Well, what to say about this particular film. I found it quite interesting. In that in my personal opinion the plot wasn’t one bit structured. O don’t get me wrong, I did find the main character Jonas(Thwaites) very cute. From what I gather, it was a film, whereby they had to use “Precise Language”, e,g if they used the word “Love”, please use the “Precise Language”. The plot was so not what IMDB or anyone else tells me. I didn’t get it anyways. However, it was heartwarming thou. The fact that IMDB’s 10 Line policy says it all about my review of the film.

Well what a movie this classic was. I hadn’t seen this movie in years. I can vaguely recall it even. However when I went along to it, It slowly came back to me. And I MEAN slowly. The plot was quite simple, in that Dororthy(Garland) is shushwed up ie swept up in a tornado into a fantasy land. The tornado was so real like, the one in Into the Storm(Review here). It was so impressive. So anyways, Dorothy then is found in a new place and is woken up to Munchkins. Then it is found that there are TWO wicked witches. One of the East)(whom was killed with Dorothy’s house) and the Wicked Witch of the West(Hamilton). The Good Witch is also there and helps Dorothy out. Dorothy wanted to return home. However she has to Follow the Yellow Brick Road. People who know me, will know my love for music in Movies. Well this one surely did not disappoint me. I was happily singing all the songs. One thing I did notice was that the songs that were being song I was saying to myself: “Oh so this is where the song came from”. On the way to the Wizard, Dorothy encounters Scarecrow(Bolger), Tin Man(Haley) and the Lion(Lahr). She told them as she met them on her travels, that she’s going to the Wizard in the Emerald City to ask to be sent back home, while so Scarecrow wanted a Brain, Tin Man wanted a Heart, and the Lion wanted Courage. So a conflict ensues with the 4 of them and the Witch. As with any childhood movie, the Winning character is always what I want all the time not the “baddie”. Then quite a shocker for me personally. Not sure abotu the rest of yeeee, but the Scarecrow, Tin Man, and the Lion and the “Wizard” are all her own family. WhciH I was saying: “Isn’t that…..” etc., Great childhood movie. Ohhh and the quotes, just unreal. One quote: When the Lion was requesting his Courage: “What makes a King out of a slave? Courage!” and the most one quote that really went through me: Considering my heart was broken by my first ex: You don’t know how lucky you are not to have one. Hearts will never be practical until they can be made unbreakable.” and another quote relating to the heart: “: A heart is shown not by how much you love, but by how much you are loved by others.” So the movie ended on as always with a childhood(well the one’s I’ve seen – hhaha) on a positive note. The Wicked Witch of the WEST, had been defeated. Dorothy was heading back. It was made out to be of a DREAM.

There was an error retrieving images from Instagram. An attempt will be remade in a few minutes.

Speaking Out on the Unspeakable

My kitchen to yours

Big living from a small space